A sad story to say the least. This altercation is yet another example of what happens when you are Black in America. This woman had no history of violence. No provable history of mental illness. A law-abiding citizen was shot and killed for making a u-turn.

Miriam just did what she was told to do. She turned around and was leaving the restricted area when an off-duty officer decided that was not enough. This idiot…If you try to stop a moving car with a bike barricade and some groceries I will call you an idiot also, this guy held up a barrier and attempted to stop her from leaving the restricted area.

Put yourself in her place, a man whom you do not know is an off-duty U.S. Secret Service officer places himself and a metal bike rack in your path to block your exit after you are told to leave a restricted area. You might fear for your child’s life at that point. You might, being a new mother, fear that the man is trying to harm you in some way and you need to get to safety as fast as possible.

Safety, as we are taught, is supposed to be with the police. This man attacked her car and she drove to the nearest police officer she could find. This is just one scenario that could have been going through her mind at the time. We will never know because the officers killed her. She was unarmed and not a threat to anyone’s security. She was driving away from the white house not towards it.

The reports and eyewitness statements do not match. Not even a little bit. There is no video footage of her ramming a barrier other than the one verbal statement that was given by the now-identified off-duty secret service agent.

Kevin Carr breached the same entry point and lived to try again the same day, his comment for trying to enter a second time? “I am persistent” he got off with a misdemeanor. Kevin Carr called himself the “Prince of Peace and stated that he had psychic ability. He said these things to the secret service agents and they in turn let him turn around, by entering the restricted area and leaving unmolested by a plainclothes man holding a barrier. He lives to tell the story and he got help for his mental illness. We can not say the same for Miriam. Kevin Carr is a white male.

Carr was arrested and charged with unlawful entry, a misdemeanor. He appeared in D.C. Superior Court on Monday and was released on his own recognizance with an order not to come within a block of the White House Complex and that he submit to drug testing.

In May of 2019, Mathew Goldstein mistakenly followed the Obama daughters’ motorcade into the pedestrian section of Pennsylvania Avenue. A misdemeanor charge of unlawful entry was dropped. He lives to tell the story.

Let’s get real and talk about Omar Gonzalez the guy who jumped the fence and entered the White House without being shot. He wasn’t even shot at! He did get 17 months in prison, not even the full amount of time that was asked for, for his actions but not before he had a history of altercations behind him. He also is getting help for his mental illness and he now lives with his father in California. Miriam’s family only gets to grieve their loss.

Vincent H. Cohen Jr’s the acting federal prosecutor for the District of Columbia, and his office had warned that Gonzalez has a history of paranoid delusions in which he has encountered police with multiple weapons and firearms. These are documented past offenses and yet he was able to get into the white house without so much as a warning shot being fired.

Being Black in America

Being Black in America has risks that non-black Americans will never know. The ability to walk down a street and not have to worry about being shot by the ones who are sworn to protect you is a privilege I have never known. The lopsided approach to how police deal with Americans of different races is appalling, to say the least.

This is just another of the thousands of examples of how being Black in America is a frightening and deadly experience. I for one will no longer stand by idly as more Americans are slaughtered without cause.

There was no reason given in the report as to why the officers shot that day. no reports outlining why they chose to shoot her were ever released to the public, as a matter of fact, the only information we have is a press release from one document that has been shared with the public. Dated July 10, it is titled, “Press Release: U.S. Attorney’s Office Concludes Investigation into the Death of Miriam Carey. This report was the attorney looking into if the officers violated any of Miriam’s rights. There is no mention as to why the officers shot her. What prompted them to shoot rather than let her drive off on public property? She never attempted to enter into a restricted area again.

She was a Black woman and police are of the opinion that Black skin equates to a threat. Shoot first ask questions later. There has not been much recourse for police shooting unarmed Black people in America. This is what drives me to write these stories and get the message out there that we have to do something.

We have to stand up and let America/ The United States know we will no longer be your target practice dummies. We will no longer allow you to get away with treating us as second-class humans or worse. Stand up! Wake up! Do something! I write this as my contribution. I create T-shirts so others can make a statement, without saying a word. 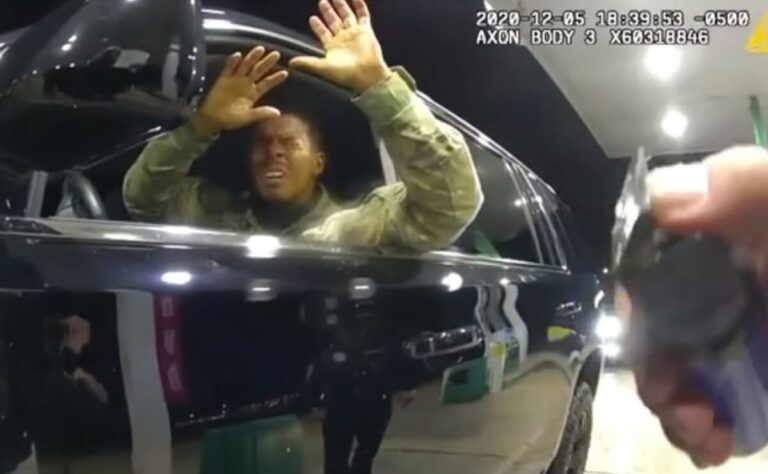 Lt. Caron Nazario is a Black Latino Army officer. This man is serving our country and did nothing wrong. But because he is a POC he was stopped and accosted. then thankfully let go the police this time didn’t kill him. Why is this still happening? The police officers in question are from the Windsor,… 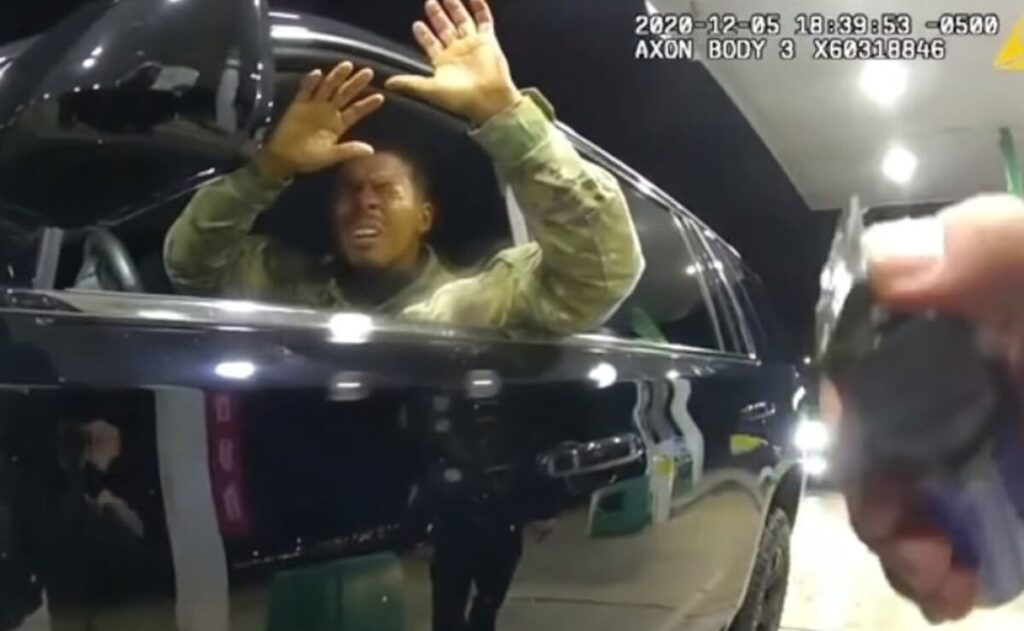 Lt. Caron Nazario is a Black Latino Army officer. This man is serving our country and did nothing wrong. But because he is a POC he was stopped and accosted. then thankfully let go the police this time didn’t kill…
Read More Police Brutality Continues December 5th, 2020 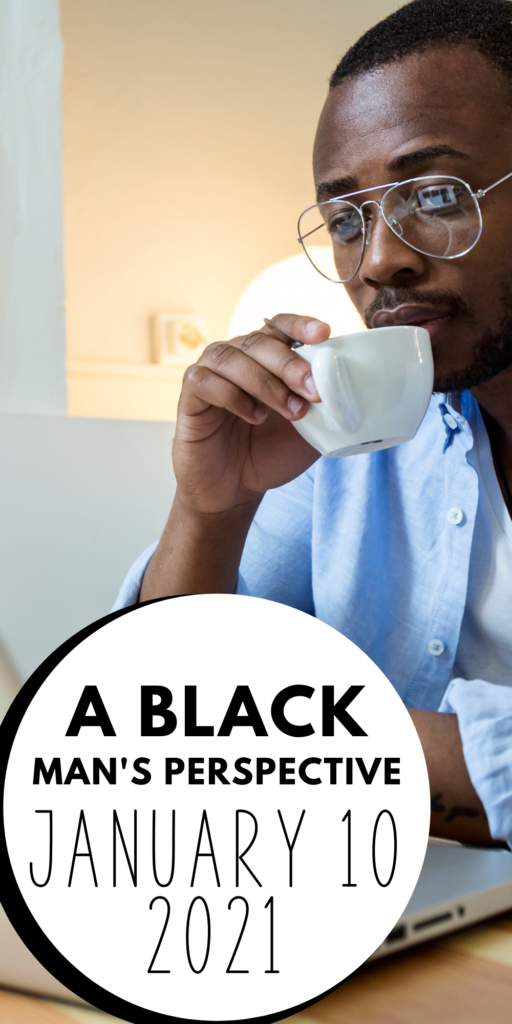 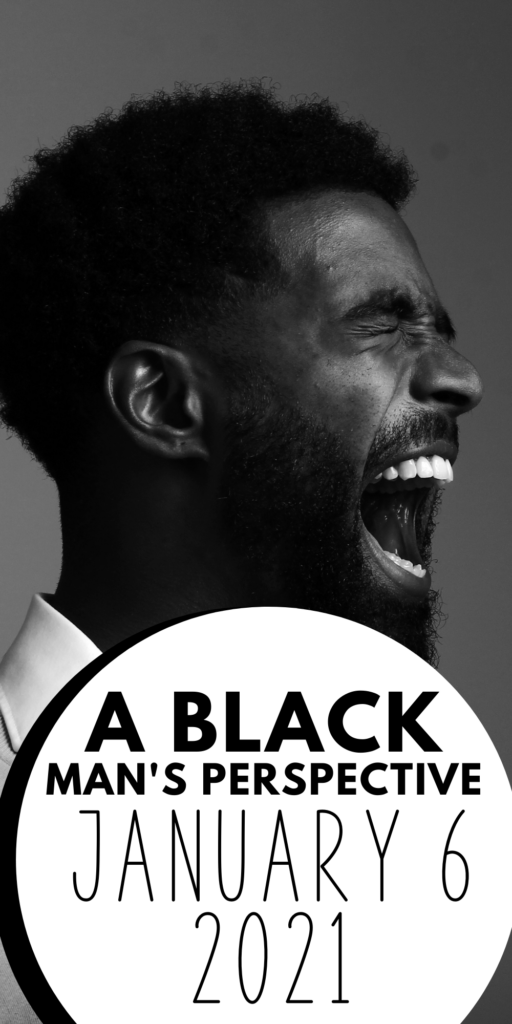 January 6th, 2021 is a day that will go down in history. Proof that there is still racism in America. Proof that when you are Black in America you are seen as a threat just because of the color of…
Read More A Black Man’s Perspective of January 6, 2021